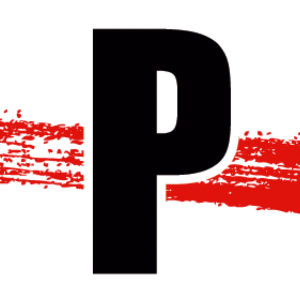 Empowering Riders Worldwide. Worldwide community of amateur riders united by a lifestyle of health, fitness and passion for off-road sports.

Get the app now for FREE

Rider, we know that you feel at home on a dirt bike. And just as probably you got your enthusiasm from your father or a friend, the little ones in the house start to feel it as their own passion too. That’s when a mini dirt bike becomes an option.

And that’s when the questions come: Is it legal for a child to use a bike, even if it’s this kind of bike? What are the best models? How much does a mini dirt bike cost?

In this post, we will help you to solve all your doubts about mini dirt bikes.

What can and can’t we do with a mini dirt bike?

Mini bikes are an alternative to regular size off-road motorbikes. Designed for children and teenagers who want to acquire their first riding experience.

Is it legal to ride a mini dirt bike?

The regulations for riding a mini dirt bike are different, not only in each country, but also in each state. In the United States, for example, you should check which laws apply in each case.

In most towns or cities it is illegal to ride on public roads, streets or highways, as you may already know.

The legal alternative is to practice on private land, with closed, controlled and safe circuits.

Other states do allow mini-bikes to be ridden on public roads, but with different minimum age requirements to obtain a driving license.

The best way to find out if riding is allowed in your area is to check with the Department of Motor Vehicles. There you will find specific information so you can ride with peace of mind.

Before riding your motorcycle where it is legal, you must register it, and there are also details you can’t overlook.

In some areas, mini bikes are required to have a specific size and the seat must not be at a certain height from the ground.

Your bike, or rather the bike your son or daughter will ride, will have to have all the equipment of a regular bike.

That includes brake lights, flashing lights and some other safety elements.

Don’t forget to have insurance, you will need it even if is just for a smaller bike, still is not a toy.

What is the best mini dirt bike for kids? Updated 2021

Many of the top brands on the market have been selling machines that will make you yourself want to ride them, instead of the kids.

In POWERING we’ve complied some of our favorites, from the top of the range to the cheapest, and across all riding levels.

Honda’s CR models have long been well seen in the motocross circuits. This is their version to compete in the mini moto dirt bike segment.

The little ones will definitely love it. It is one of the best gas powered mini dirt bikes with a 50 cc 4-stroke engine, with three speeds.

If you want to figure out how it will fit the kids, keep in mind that its seat is 21 inches high and the weight doesn’t even reach 110 pounds.

Aesthetically it’s one of the best and you’ll love it too. And its durability and price are among the most interesting on the market.

Yamaha’s mini dirt bike range is one of the best for starting out on the bike. The PW 50 has a super simple starting base.

It features a 2-stroke 50 CC engine, has a single-speed automatic, and a detail that makes it less complex but safer:

You can adjust the throttle with a speed limit according to the level of each child.

The transmission also has friendly mechanics and the truth be told: maintenance won’t drive you crazy with this bike.

It’s a tough and practical bike, weighing just 85 pounds with the seat 18 inches off the ground.

Here we go to another level with the Kawasaki KX 65, a mini gas dirt bike for kids with an adult personality.

It is a machine that we recommend only with previous experience, it is not to give it to any child who is just starting out.

This bike is strong and powerful and its handling is getting a little closer to that of an adult bike. It’s a 65cc 2-stroke 6-speed.

Definitely a bike for early teenagers who aspire to be riders. Still, it’s quite light at only 130 pounds.

The Austrians from KTM always have some innovative proposals.

If you haven’t decided yet and are about to buy a mini dirt bike, don’t let the kids see this one because they will fall in love.

Its design is really very nice and it has a 50cc 2T automatic engine.

This is a tremendous plus point for kids who are just starting to ride and need to incorporate some skills while having fun on a safe bike.

To keep everything under control, use an optional kit to reduce its power an be less preoccupied when the kids are riding.

Also, it is one of the lightest bikes among the more powerful brands at just 85 pounds.

If you are looking for cheap mini dirt bikes for kids the Syx Moto Holeshot is a good choice. Its mechanics are not the most sophisticated, but its plastic frame is quite sturdy and can withstand falls.

The engine is a 2-stroke and is quite quiet. It also has a very efficient speed limiter, to lower the maximum speed from 30 mph to 15 mph.

You know, falls are a possibility, but if you regulate the children’s riding, accidents should not be serious.

Electric bikes are becoming more and more popular and in the world of mini bikes is where the progress is most noticeable.

You have nothing more to do but to look at brands that are already specializing in electric dirt bikes, such as Trevor Motorcycles

They are a great option if we want to think about combining the fun for children to do sports like MX, Enduro, Trial, or any other off-road motor sport, and the care of the natural environment.

The MX 500 is ideal for a first test ride on the terrain that will be most fun for kids who love off-road riding.

It tops out at 15 mph (a kid shouldn’t need more) and is very versatile and strong.

The tires are what we like most about this mini dirt bike, as this is another point that helps it to be durable and to accompany kids on all kinds of adventures.

It has a modern design and quite similar to the typical MX bikes for adults. Considering that it is electric, its continuous riding time reaches 30 min, depending on the rider’s weight.

The charging time of this bike is between 10 and 12 hr. If you want a reliable maximum speed for the kids, this mini dirt bike will only develop up to a limit of 14 mph.

The Austrian brand released a very advanced model of electric motorcycle, with components that are well above average and compete head to head with mini gas powered dirt bikes.

Advantages? This bike is not only strong, beautiful and of good quality, but it is also very adaptable to different age groups.

You can adjust its height and suspension (it has 6 variants), as well as 6 power maps.

It has a brutal technological level, it has a “regeneration mode” that allows you to recover energy on descents and braking, so your battery is less spent.

If you are looking for safety, this bike has the advantage that it automatically locks when falling, avoiding many accidents.

It can go head to head against the 50 SX (its gasoline sister) without any problem. It is super light and its battery depending on the configuration you use can last from 30 min to 1 h 30 min.

The charging time is just great: only 70 min.

It is an expensive mini dirt bike, but it is really on another level.

Husqvarna E-55 is the version for the Swedish brand that has long been owned by KTM as well.

The bike has the same performance as the KTM SX-E but with different design and aesthetics.

Lifestyle
Is mindset everything? What is fake or real about how athletes think see more

The app amateur riders are talking about.

This website uses cookies to improve your experience while you navigate through the website. Out of these, the cookies that are categorized as necessary are stored on your browser as they are essential for the working of basic functionalities of the website. We also use third-party cookies that help us analyze and understand how you use this website. These cookies will be stored in your browser only with your consent. You also have the option to opt-out of these cookies. But opting out of some of these cookies may affect your browsing experience.
Necessary Always Enabled

Any cookies that may not be particularly necessary for the website to function and is used specifically to collect user personal data via analytics, ads, other embedded contents are termed as non-necessary cookies. It is mandatory to procure user consent prior to running these cookies on your website.